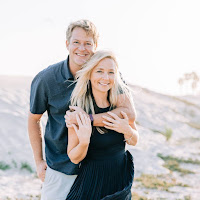 One summer during college I worked at the GAP at the King of Prussia Mall. One day, I saw a younger man and a woman shopping. After asking them if they needed help, I couldn't help but notice how well they were getting along together and how they looked like each other. I decided to go out on a limb and asked them whether they were brother and sister. They both looked at each other and laughed. Then they told me that they were married.

They they began to tell me that they are actually quite opposite. This explanation of how they were different sparked my interest since their physical attributes  and how they dressed (and they weren't wearing the same outfit) were so similar.

Being a relationship anthropologist, I decided to do some research. From articles I've read  "genetically similar people have better marriages" (Source: Live Science). In the end, there are always exceptions to the rule yet, on average when I try to predict whether the relationship is going to last one of the factors I usually consider are their physical attributes.

For example, if you  tend to talk alot  don't date someone who is a good listener because you think you need a listener. Date someone who not only listens but who hears and remembers what you have said.

If you are intense or really ambitious, look for someone who is calm not laid back. Trust me, there is a difference.

If you are organized, look for someone who is clean or who doesn't mind cleaning. Someone who is messy in the long run will cause stress and resentment.

Of course, there are always exceptions. I do believe that the most important aspects of the person you are dating or seeing beyond the worth of  their heart. They include their opinions and feelings on family, politics and religion. If you are religious look for someone who is religious as well . The same if you are close to your family. Make sure that the other person is close with their family. Finally, according to recent studies successful couples share the same political beliefs... Republican-Republican and Democrat-Democrat.

True love is not an exact science. If love were an exact science then finding your perfect mate would be as easy as having them take a test. As as you get to know someone note the worth of their heart, observe their behavior, know their character, and look at their personality. In the end, look for someone who will compliment you, your heart, your behavior, your character, and your personality.

Love Lesson #3: Look for someone who treats you like their equal but who  is  your complete opposite, sort of ;D!