A Sophisticate Survives 'The Hunger Games' 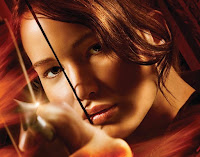 "It isn't in my nature to go down without a fight, even when things seem insurmountable" Katniss Everdeen, 'The Hunger Games' Suzanne Collins


When I saw that 'The Hunger Games' movie was  the most anticipated movie of 2012 I realized that there was definitely was a generation gap . I had never heard of the movie or the book that the movie was based upon. After reading reviews and a summary, I realized this was not just a book for adolescents.

When I  bought the first book in  the series in paperback and started reading  I couldn't and didn't want to put down. In fact, before I was done I bought the whole trilogy in hardcover. Katniss Everdeen was the best fictional heroine since Hermione Granger in the 'Harry Potter' series.  Smart, no-nonsense, a survivor, and someone who wasn't afraid, in my opinion Katniss Everdeen embodies Sophistication in the 21st Century.  Her character had many flaws including being manipulative, deadly, insensitive, and violent,. Yet, she was strong, protective, vulnerable, a survivor, and a reluctant hero.

When I read more about her character, about her signature bow and arrow coupled with her attitude, I was reminiscent of my blog 'A Sophisticate is a Phoenix'. When I published the blog I showed Jean Grey from the 'X-Men' comic books. A character  who rose from the ashes a.k.a. rose from defeat and became so powerful she was or become the embodiment of being on fire. The next book, 'Catching Fire' explores how Katinss finds out who she is, what her passion is and catches fire. What was her passion and her drive? To defeat those who believed she has what it takes to survive but not to succeed.


"At some point, you have to stop running and turn around and face whoever wants you dead" Katniss Everdeen 'Catching Fire'

As I read 'The Hunger Games', I wondered if the popularity with adolescents  relates to how they feel. Is brute force, without  the help or trust of anyone else what children believe that they have to do to survive? Do the children of the 21st Century believe their survival is for the entertainment of previous generations? In past generations, children were left to fend for themselves financially. Do children in the 21st Century  believe that they not only have to fend for themselves financially but emotionally as well?

Do they believe that they are truly all alone fighting in a brutal environment without trusting anyone merely to stay alive? Do they believe they are on camera with all of the social media capturing their lives as they try to survive? Is that why social media is popular? Are children trying to show  the world that they are succeeding rather than trying to survive? Finally, how far can  or will social  on-line media go before it is considered harmful?

The theme of 'The Hunger Games' is perception versus reality. The theme of survival in the face of fear and obstacles. A theme of the amount of power that can stem from being vulnerable. As the trilogy continues, reality forces it's way through until that is all the characters are faced with and the question becomes, how do they overcome reality, the toughest 'Hunger Game' of them all?

What made Katniss different and survive? Her survival was based on what she didn't have, not what she had. She knew what it was like to starve and that gave her an edge over those people who had always been well-fed. Those who were well fed only had only the motivation to eat when they began to starve. Her motivation from start to finish was not to starve it was to survive and want to live to see tomorrow.

Sophistication in the 21st Century isn't about succeeding, surviving, or winning 'The Hunger Games'  or the daily reality we call life, it is about being strong enough to want to live to see tomorrow. ;D!