Lea Tran grew up in Vietnam, she was the eldest daughter who was expected to take huge responsibility toward the well being of her younger siblings. A year prior escaping from Vietnam, her dad took her out of school to learn crafts such as sewing, knitting, and cooking. She excelled and discovered her love for creating new fashion clothing. She made clothes for her cousins, sisters, friends, and relatives in the family.


During 1978, life became scary for the Chinese community in Vietnam. The government took action against the "Hoa" people, they were the major minority and owned a large sector of commerce in South Vietnam economy. To eliminate the economy's capitalist, the government forced, searched, ransacked, and confiscated the asset of about 50,000 retailers where they lived. Her family property was seized and everything was registered to the government. 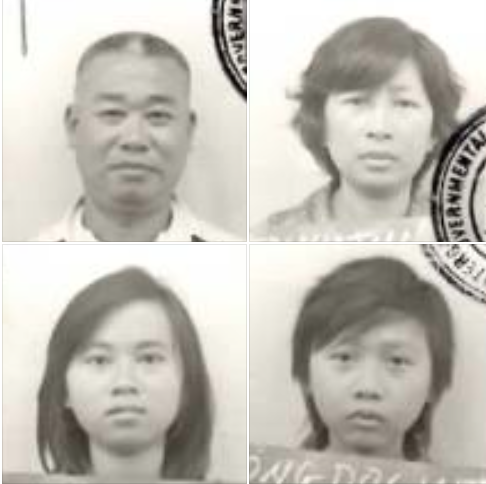 As part of a mass exodus in 1979, her family escaped on a crowded wooden boat and survived four pirate attacks, they ended up living at a refugee camp in Indonesia for seven months. During that time her and mom set up a tailor shop to make clothes for the refugees before her arrival in the United States in 1980 with the support of a sponsor from a Lutheran church in Minnesota.

Lea Tran is someone you will never forget. Her personality, her friendly nature, and her ability to make people laugh allow her to command the attention of the crowd. Her presence is felt whenever she enters into a room and she is positively recognized by everyone including the new people she meets. The essence of who Lea Tran is and her personality is what is considered precious (A Sophisticate is Precious).  Meeting her you would never know about where she came from and what she had to overcome. She is completely untouched by the harsh realities around her. She is the silk purse that was made from 'sow's ear' past.

Lea Tran went on to work her way to earn her Bachelors Degree in Chemistry.

Obtaining a job at Wyeth and Merck, both prestigious Pharmaceutical companies for seventeen years, Lea surrounded herself with scientists who became lifelong friends. Despite of her success career as a research chemist, Lea always had a desire to create beautiful fashion for the home.

"Distinctive Designs by Tran provides protection, love, and comfort to grow within a house to become a home." Lea Tran

Growing up in the unsettle environment like she was, Lea now fulfill her dream of creating a nurturing, comforting homes for other with her window treatment fashion creations.

"More than an accessory, window treatments are a necessity” Lea Tran

If the eyes are the windows to the soul, then Distinctive Designs by Tran are the arms that embrace you when you are home. Lea's window treatments represent protection. They not only wrap you in privacy but in comfort as well.

For Lea Tran, it's not the sewing, it's the creating. Fabrics bring comfort and the color brings life. Custom window treatments are labor intensive, but for Lea, the labor intensive aspect makes an impact on the end results for her clients. It brings her joy knowing her creations gave comfort and beauty to their homes.

Home is a reflection of you. When you have window fashions you have a finishing touch of your unique style in your home. In the 21st Century, a Sophisticate is precious, untouched, and beautiful both inside and out. A Sophisticate IS Lea Tran, and another Sophisticate would hire Distinctive Designs by Tran to gain comfort and protection and more importantly, put the finishing beautiful touches of herself and her home. ;D