A Sophisticate is a Geek Girl 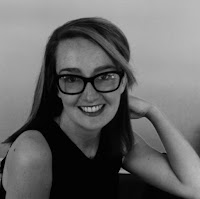 "Being a geek is all about being honest about what you enjoy and not being afraid to demonstrate that affection. It means never having to play it cool about how much you like something. It's basically a license to proudly emote on a somewhat a childish level rather than behave like a supposed adult. Being a geek is extremely liberating." Simon Pegg

From the time I was six years old I never wanted to be what people expected of me. When I first started school I wanted to be a cheerleader to be with all of my friends. I wanted to be "cool" and "popular". My Aunt Maggie came over to my house and showed me how to do cartwheel and a backflip.  When a friend came over and I told her about my plans  she said "That's great. You'd be a perfect cheerleader, you're blond, cute,  and bubbly".  It was at that moment I made a conscious decision that I would not be a cheerleader.

Becoming a cheerleader would possibly open me up to others to continue having that perception of me. Although, a flattering perception, it was not what I wanted. Thus, I became different and a geek. Eventually, I embraced being different and not joining the crowd or what was popular. Even if my parents could afford it, my mom observed that I had no desire to join Brownies and  the Girl Scouts like everyone else.

Years later, being caused me to retreat into my studies. It was at that point I went from being a "geek" to also being a "nerd". Books represented to me facts and information rather than judgement. Comic books and video games represented the chance to escape into another world with super powers and confidence.

What is the difference between a "geek" and a "nerd"? A geek does not have to be smart. A geek is someone who is generally not athletic, enjoys video games, comic books, and being on the internet." (Urban Dictionary.com) A nerd is someone who is often highly intelligent but socially rejected because of their obsession with a given subject, usually computers. (Urban Dictionary.com)

"Be nice to nerds. You may end up working for them. We all could" Charles J. Sykes

The utilization of technology furthered the success of business and the economy in the 21st Century. With technology individuals have become billionaires with video games, online social media,  or "Apps". In the 21st Century,  being a "Nerd" or a "Geek" is now considered socially acceptable and sometimes cool.

"The word "geek" today does not mean what it used to. Being a geek just means that you're passionate about something" Oliver Gregg

In the 21st Century, to those who are considered educated or who are perceived as having "class", "smart" is now "sexy" (A Sophisticate is Smart, Sexy, and Sophisticated). A Sophisticate is both a "geek" and "nerd" because she is passionate. She has the same intense ambition as love in her heart. She studies (A Sophisticate get's an Education) and works hard. When a Sophisticate is passionate about something she puts her whole heart, passion, desire, and ambition towards that subject. That passion makes her powerful in real life not just while playing a video game.

If a loner or outcast, a Sophisticate doesn't care. She is herself no matter what the circumstance or situation regardless of whether it is considered popular by a  crowd of people. If she is not accepted by the crowd she is with, she proactively does make an effort to find where and with whom she belongs (A Sophisticate Belongs).

In the end, a Sophisticate is a geek girl because she is unafraid to pursue or communicate what she passionate about regardless of what is popular or not and whether she alone or not. ;D