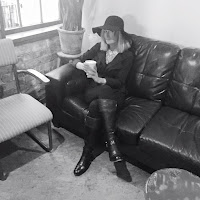 "When I feel upset or insecure my high-maintenance city "tude" comes out to play. When I'm happy or relaxed my y'all and southern drawl is heard and on display." Sophisticate in the Suburbs

Southern City Sophisticate (n.) def. 1- A  woman living in the 21st Century who has a city attitude of self-respect and dignity coupled with warmth and kindness (See def. Southern hospitality). 2- A woman who has lived on the East Coast in both the Northern and Southern states  3-  A woman who has both savior faire and charm.

My great-great grandparents lived in the tenements of NYC, and eventually their children moved to the Bronx, and Brooklyn. I also had great grandparents who lived in Louisiana, Georgia, Tennessee, and Florida. I grew up looking at pictures of tough looking Italian women in all black. Then I would look at the picture of my grandmother in all white on a porch with columns who had "coming out" party at 16 while growing up in Georgia. 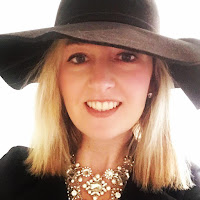 Looking at both pictures, both at two ends of the spectrum, I wondered how I could be related to two such extremes. As fate would have it, I ended up living in both NYC and  Nashville. At first I felt like I didn't belong in either place or anywhere. I eventually learned how myself and others could be the combination, the product, and the best of both worlds.

The term Southern City Sophisticate was something I created based on my experience working in Washington D.C. and living in Virginia. Washington D.C. is a city sprinkled with southern accents and city attitudes. Alexandria, Virginia is a formal southern town sprinkled with the chic dress atmosphere that is rivaled only by Charleston, South Carolina and Savannah, Georgia. 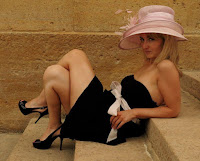 Her survival depends on defensiveness and protection of herself. Her success depends on the love she has inside and the protection of those she loves. In the end, a Southern City Sophisticate can survive and be a success, because she has the best aspects of living in the city and the country or the suburbs. ;D