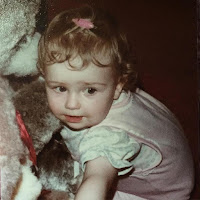 “The most sophisticated people I know - inside they are all children. ” Jim Henson

One day I was looking at the pictures on Pinterest or "pinning" and I came across a picture of two little girls. They were dressed as Batman and Robin. They were wearing tutu's, army boots, and canvas sneakers. They had masks and bows in their hair.

The most important aspect of the picture or what caught my attention was not what they were wearing, it was their poses and their face.

It was exactly what I talk about based on the meaning of 21st Century Sophistication. Class is manners, classy is having an appropriate appearance but Sophistication is not what you wear but how you wear it. These girls got it. Their face and spirit  appeared to exude confidence and power. They had attitude and the right type of attitude. Their attitude in this picture did not say "Look at me" rather "Look at my outfit", "Look at who I am portraying". Similar to the superheros they were emulating they seemed in total control of their inner strength.


My first thought was "If I had little girls THAT is what that is what they would look like. " At that moment Little Sophisticate was born. As if the universe wanted me to continue, an advertisement of a little girl in overalls playing with legos was floating around on Facebook.

The Legos advertisement was confirmation that what I would title Little Sophisticate would be perfect with Sophisticate in the Suburbs brand. The beauty of utilizing a word like Sophistication is that it applies to many different topics with one reoccurring theme. The theme of female empowerment.

Since I don't have a little girl of my own, I decided that Little Sophisticate would be based off of real world examples. Those pictures of little girls who exemplify what I believe Sophistication means in the 21st Century. The little girls I post about will eventually be women in the 22nd Century. They are the leaders of bringing the women of today into tomorrow.