A Sophisticate is Carrie Bradshaw 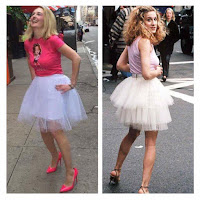 When I used to watch 'Sex in the City' I used to identify myself as a combination of Charlotte and Miranda. Tough business woman in a full skirt with a headband. That is until one day one of my friends was describing my blog and they said to me "You are like the multi-cultural Sex in the City"  For me it was a compliment but it was also made me realize almost five years into writing my blog that I had become or turned into a modern day Carrie Bradshaw.

What if the Carrie Bradshaw character was alive today? If they were to do an updated 'Sex in the City', the scenes and scenarios would be totally different. Carrie would be a blogger. What would her topics be now that the dynamics of texting and social media further complicate the dynamics of communication, relationships and dating.

My idea had been a "Miss Manners" for the 21st Century with a hint of "Breakfast of Tiffanys"  Sophisticate in the Suburbs was an alter ego character created to communicate my advice but  never thought it could be the 21st Century version of Carrie Bradshaw.

Yet, as I did my cosplay for the pictures in this blog I realized how truly similar Carrie Bradshaw and I were and how  other recognized something I couldn't see myself.  As I transformed into a modern day Sophisticate version of Carrie Bradshaw I began realizing we shared the following physical characteristics or accessories: 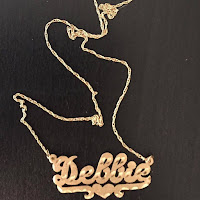 Yet, being Carrie Bradshaw went deeper than just the physical characteristics or accessories. It was her fierce independent streak who is at the same time a romantic at heart. Also, the propensity for drama or overthinking when it comes to relationships

One of my favorite episodes is "The Good Fight". Carrie moves in with Aiden after living alone her entire adult life. The episode highlights how they were not meant to be but also the conflict between the romantic and independent side of her character. The ending is what makes the episode my favorite. When Carrie is given the space she needs, she realizes that she doesn't need it anymore. That is me.

"Maybe some women aren't meant to be tamed. Maybe they just need to run free until they find someone just as wild to run with them." Carrie Bradshaw

The problem with being a writer is that you always want to experience life. Writers want to travel, be adventurous because of a need  feel alive  or feel something to create.  Those wants and needs can lead to unnecessary drama. Most writers are independent like Carrie Bradshaw so they need to find someone who respects their independence and someone who inspires them with their love and their passion for the adventures life has to offer.

"Sex in the City" and the character of Carrie Bradshaw was limited. The series dealt with one topic, dating. Dating ends when you find the right one.  Sophistication is topic that includes everything that life is filled with and has to offer and it why I chose the topic. Sitting on my couch coming up with the idea,  rapidly going through "S" words after Single in the Suburbs had already been taken I realized that dating and living in the Suburbs is limited.  Sophistication will never end, it will continue, and it will continue to evolve as I evolve as a writer and as a person. 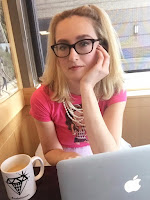 When it comes to a serious relationship, the relationship I'm looking for is me every time I write. When finding a partner, not just a husband, similar to but not Carrie Bradshaw , I'm looking for  a man who is both Aiden and Mr. Big. For me I am not like either one, I am both.

My mother observed about my personality  that I had a little bit of each of the characters in "Sex in the City" in me. I believe that every Sophisticate in the 21st Century has evolved to not be classified or judged as only one of the characters but all them.