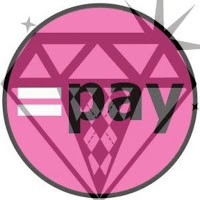 "I do not demand equal pay for any women save those who do equal work in value. Scorn to be coddled by your employers; make them understand that you are in their service as workers, not as women" Susan B. Anthony

The other questions that kept running through my mind included:

- What was my approach?
- What was my end goal?
- Could I logically execute the results?
- Was I willing to do the work to achieve the result I desired?
- Do I limit the petition to the U.S. or open it up globally?

It is estimated that it will 108 years for women to achieve Equal Pay in the United States. Therefore, since Equal Pay will not come to fruition in my lifetime, even if I could get every woman in the U.S. to sign the petition, there is no  way I'm going to attempt to set a goal of that magnitude.

This blog post is not about educating people on an Equal Pay or to encourage to sign a petition.  My petition will be my blogs and tweets and the promotion I will do to educate and hopefully inspire a leader in power to action. My goal is simply state that "Equal Pay for Equal Pay" is my cause from this day forward.

It's impossible. A march or petition will not achieve it since those vehicles have been utilized with very little success time and again. It takes a leader in a position of power to believe in the issue and have the power to execute like what Iceland has just implemented.

Therefore, and I've create a separate Twitter account to continuously provide facts about Equal Pay for Equal Work.  My words will be my petition that I hope you will support. My goal is to make it so that if I ever were in a position to require corporations in the United States to provide proof of Equal Pay, there would be no doubt that I would execute an issue and a cause that is near and dear to my heart.

Equal Pay for equal work is both a cause and an issue. It is a cause because the  ethics of the treatment of women not being treated or paid fairly is being questioned. Equal pay is an issue because it is not allowing a country's  economy to achieve it's true financial growth potential. Whether you believe women are not being paid equally or not, the fact that Women have to ask or even question that they are not being paid equally is a problem.

My goal is to support the efforts of the Equal Pay Act, communicate and promote the education of equal pay. Finally, to let people know that equal pay is what I believe  because it is an issue of basic fairness that is being called into question.  To leave no doubt that if I were to be in a position of power, requiring corporations to offer proof of equal compensation on a routine basis would be first on my "To-Do" list.

Regardless of the century a Sophisticate lives or works in her worth is priceless. The few cents she isn't paid, isn't worth the work she puts into her job. For the amount of work that she does should be of equal compensation. In the end, like her heart, her quality as an individual and equality to others is priceless. ;D