A Sophisticate has Sass 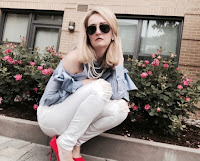 "Sass is when your choice of words is similar to the sound of a Johnny Cash song, 'steady as a train and sharp as a razor.'" Sophisticate in the Suburbs

No one ever says a Sophisticate has Northern roots, they merely say she is from the East Coast. The reason the phrase "Southern Roots" exists is because a Sophisticate from the South has pride in her roots or where her family comes from  and the history of those roots.

Southern Sass is not an attitude like it is in the North. Sass is a confidence that can be found within the heart and soul of someone from the South. It's not loyalty like what is found in NYC or the Northern states it's a  pride in a region or rather a history. but its a pride in having roots. Roots meaning being Southern.

A Sophisticate on the East Coast struts, when a Southern Sophisticate walks it is with the physical embodiment of Sass called "sashaying".  What does it mean to sashay or have Sass? What is Sass? Sass is knowing innately that you are the best while having the sweetness or charm not to say it out loud.

A Southern Sophisticate  was raised not to overreact to be kind and gentile. That applies when she feels angry. It comes out as "Sass".

My Nana who is a true Southerner was never so nasty as when she was being nice. My Nana could insult you and it was done so sweetly and deftly it was if she was being your best friend. She always made her point clear and did it with a smile.

“I'm a damsel, I'm in distress, I can handle this. Have a nice day!”  Megara from the movie "Hercules" 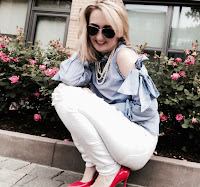 Sass is  a 'sour sweetness' similar to a "Sour Patch" kid piece of candy. The sourness is made better with an overpowering sweetness. The sweetness tames the sour so you continue to eat more. Sass is  the art of insulting someone and making it sound like a compliment.

In the end, a Sophisticate is first class because she never deters from being kind or having manny, even when she is upset and has sass. ;D