A Sophisticate is a Loner 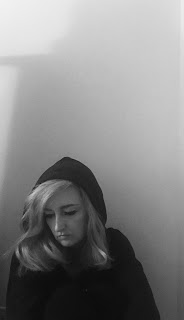 Moving twenty times before college made me feel like a gypsy (A Sophisticate is a Gypsy). I also felt alone. I didn't have roots and I felt as if I didn't belong anywhere and as if  I didn't have control over my fate. Being an only child, my creativity helped me feel less alone when I was at home since I didn't have a  brother or sister to play with.


At some point, I also discovered it was less painful to say goodbye when I wasn't emotionally attached or close to someone. Eventually, strangers became more comfortable to be around then people I knew. Eventually, I became a loner.

Also, I learned that although I tested as an extrovert on Myers-Briggs I preferred to be alone. Too much socializing exhausted me. Finally, when traveling or going on outings unless it was with a really good friend who understood me I preferred to be alone. Those characteristics were those of an introvert and found my good friends, those who I were more comfortable with were introverts.  What was I? An extrovert or an introvert?

A Sophisticate who is a loner is sad and angry most of the time. She avoids people so that they are not  subjected to her moods. She hides away to deal with her problems alone. She is a silent fighter of her demons and does her fighting alone.

A Sophisticate who is a loner has anxiety. She overthinks, "overfeels" or feels too much, and as a result overreacts. Her mind and emotions never rest. To avoid pulling people in her  drama, a Sophisticate separates herself from everyone. If she ever does pull you into her drama, she feels responsible. Her response will be to distance herself to help work on her demons alone typically in the form of a creative outlet.

Is a loner an introvert? Yes and no. Most loners are ambiverts.

What is an ambivert? Possessing qualities of extroversion and introversion. They are comfortable being in a group and social interaction but relish time alone, away from the crowd. 9 Signs That You're an Ambivert Loners, like ambiverts, are creative, artists, and dreamers.

A Sophisticate who is a loner chooses  to avoid reality or the fact that there are "bumps" or obstacles" that surface. She refuses to accept that people will help her in her time of need. She depends on herself because she knows that she is the only person she can trust.

“A woman must have money and a room of her own if she is to write fiction.” Virginia Woolf "Room of One's Own"

A Sophisticate loner is alone by choice.

She craves and seeks out love, attachment, and deep relationships.  She chooses  to deal with her problems and the obstacles of daily life by herself because she admit the fact that she can't do it alone. Most people can't and sometimes need the support of others because no one is perfect or superhuman.

In the end a Sophisticate is a loner but in her heart doesn't want to be alone. ;D