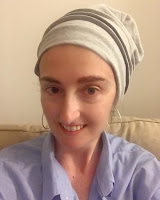 "I’m fighting for life. Death is the enemy. The first enemy and the last…The enemy always wins. And we still need to fight him." Game of Thrones

I was terrified as I waited for the results of the second mammogram. As I sat there alone thinking about  how I was living a waking nightmare, I noticed old woman sitting across from me. She could barely walk even with the help of a walker and  was sad because she had just lost her husband of 50 years.

While I looked at this woman, I grew less terrified. I  wondered if I really wanted to grow old.  Did I want to experience the pain I knew this old woman was going through? I didn't have children and wasn't married, what did I have to live for? Who would care if I died?   I decided right there and then that if my tumor had progressed to  Stage III, I would not go through Chemotherapy. The results came back stating that I was only Stage I. 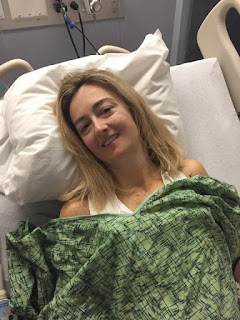 Unfortunately, my tumor was aggressive. In two months it grew 1.5 inches in and spread to six lymph nodes. My diagnosis went from Stage I to Stage III in 45 days. During that time I also discovered that I had the BRCA 1 gene. The BRACA 1 gene meant that I was genetically inclined to get Ovarian Cancer as well.

A tough battle lay ahead of me when I discovered I had to go through Chemotherapy. but leading up to my first surgery something inside of me felt as if "my story" the story of my life  wasn't finished. As if it was not my time to die. Therefore, my only choice was to "slay" or fight my way through chemotherapy, radiation and two more major surgeries. My fight required not only physical stamina but emotional fortitude.

My survival depended on the practical application what I learned about myself while in therapy. My survival was the ultimate test of the steps I practiced to achieve the goals I identified with my life coach Andy Kostow several years before. (What is Your Goal?)

"To fear death is to appreciate life." Sophisticate In the Suburbs™

The problem was that after surviving Breast Cancer I realized the most important lesson that everyone who lives must die. No one gets out of this life alive. A Sophisticate can only survive Breast Cancer because she will not live forever.

Cancer saved my life. I will never ever be so sad that I will wish to die. Because of Cancer I know with absolute certainty I will die eventually. No longer will I ever want to rush the process.

After everything, I still have a 30% chance that my Breast Cancer will reappear somewhere else in my body. Everyday it doesn't reappear is another day I succeed and survive. In the end, a Sophisticate fights or "slays" to survive so she has the choice to live each day to it's fullest.